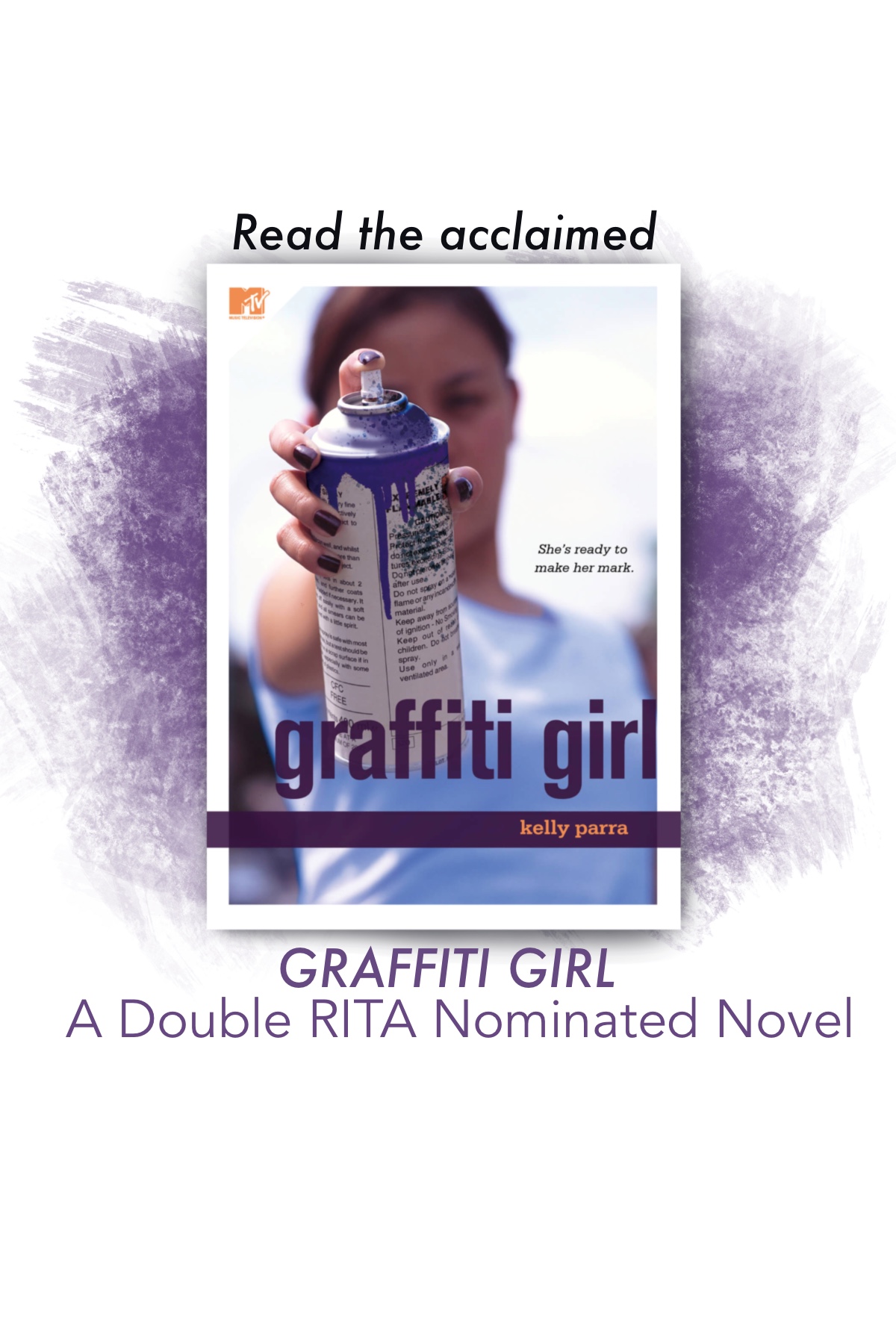 Graffiti Girl is about Angel Rodriguez, a young Latina, who is finding her place in the art world and is lured in by the underground lifestyle of graffiti.

Invisible Touch is a about Kara Martinez, a psychic teen, who follows clues to help others from unfortunate fates while breaking free from the constraints put on her Mexican heritage.

Criminal Instinct is about criminal Latina, Ana Moreno, who joins a secret informant group in order to stay out of jail and take down drug dealers. The only problem is she falls for the leading suspect.

Bad Boy for Keeps is about bad boy, Mitch Mason and Latina, Roxanne Garcia. A man set on revenge. A woman running from danger. Can they escape their past in order to make a future together?

In Five Nights at Freddy’s Fazbear Frights #4 Step Closer – “Step Closer,” Pete lashes out at his younger brother in the wake of his parents’ divorce, falling prey to a gruesome curse.

In Five Nights at Freddy’s Fazbear Frights #6 Blackbird – “Hide and Seek,” forever desperate to prove his worth to his arrogant brother and distant father, Toby chases victory at an arcade game with horrifying consequences.

In Five Nights at Freddy’s Fazbear Frights #12 Felix the Shark – “The Scoop,” Mandy finds something lurking in the files of her favorite horror game and opens herself up to a haunting.

In Five Nights at Freddy’s Tales from the Pizzaplex #1 Lally’s Game – “Frailty,” Jessica leads a double-life from her friends and coworkers in the children’s wing of a hospital.

In Five Nights at Freddy’s Tales from the Pizzaplex #3 Somniphobia– “Somniphobia,” Sam is afraid of just about anything and everything that’s unhealthy ever since his father died.

In Five Nights at Freddy’s Tales from the Pizzaplex #4 Submechanophobia – “Submechanophobia,” Caden senses the underwater animatronics in Freddy’s Fantasy Water Park have a mind of their own, and in “Animatronic Apocalypse,” Robbie knows deep down that the minds of the members of the Fazbear Fan Club have been taken over by something.

Neon Lights in the Dark – a 10-story collection of Kelly’s flash fiction and short stories in the genres of supernatural, suspense, and romance.

Prom Dates to Die For – “Darkness Becomes Him” delves into the darkness of a fallen angel.