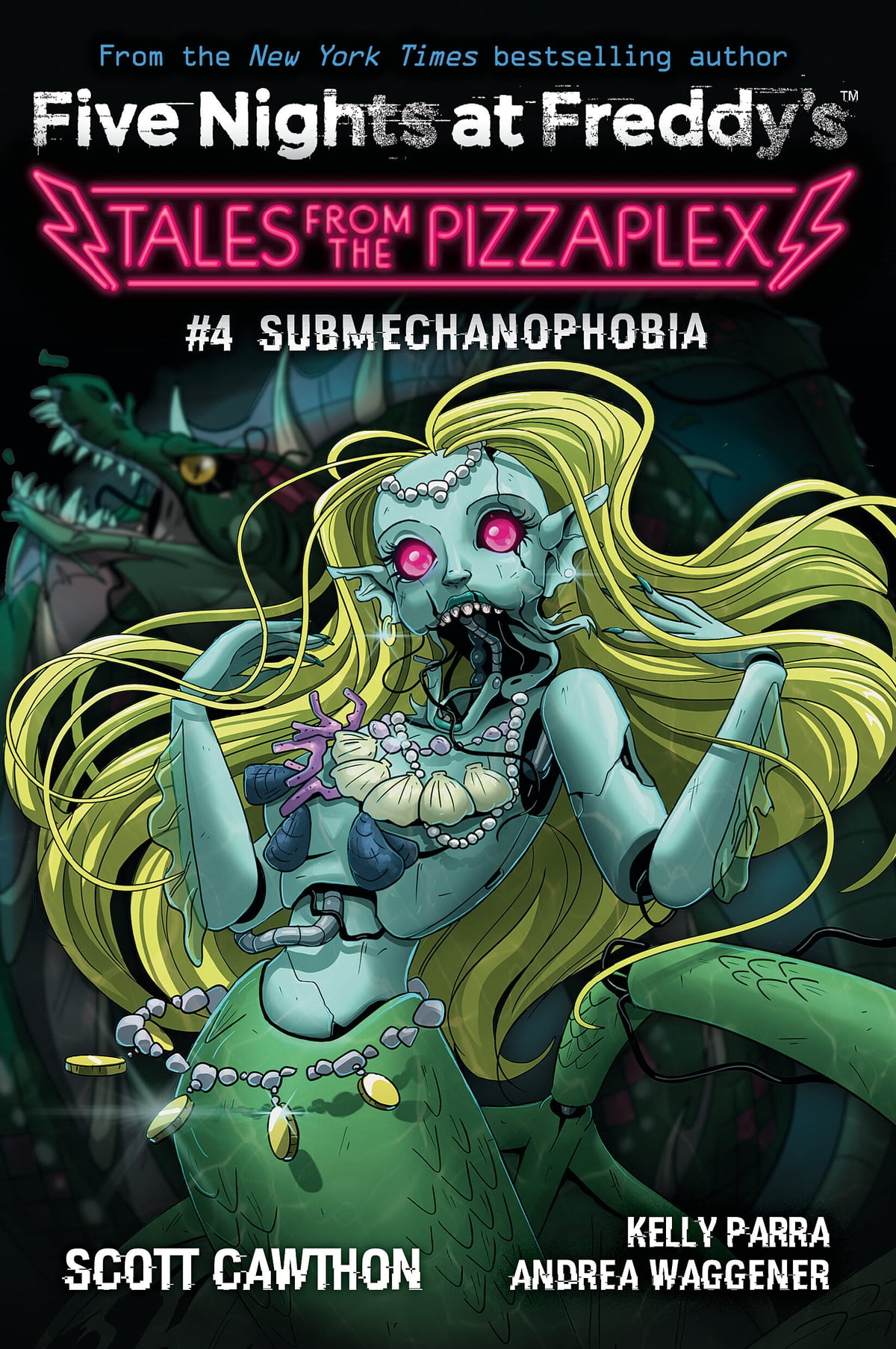 Have you ever experienced a gut feeling that told you something was wrong? . . .Caden senses the underwater animatronics in Freddy’s Fantasy Water Park have a mind of their own. Robbie knows deep down that the minds of the members of the Fazbear Fan Club have been taken over by something. And Abe can’t shake the feeling that the animatronic assistants in his Fazplex Tower apartment are hiding things from him. But in the world of Five Nights at Freddy’s, when something feels wrong, it’s often too late to do anything about it . . .

Kelly’s stories with Scott are “Submechanophobia” and “Animatronic Apocalypse.”